Pete and I both woke up aching all over. The adrenaline of the night before had taken its toll. We stayed in The Jungle until around midnight again and filmed Ashraf keeping warm with friends around a small fire. An educated man, he had a real understanding of the global migrant crisis. I made some lovely evocative images. Pete thought it was amazing how I had got right amongst the migrants around the fire. At one point I was actually crouching in the fire. 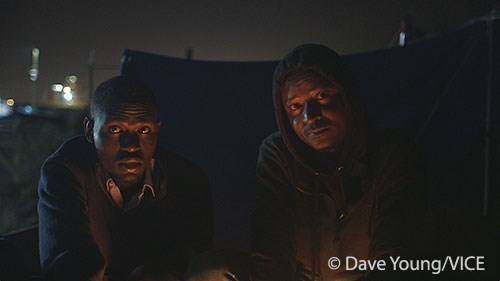 Later I filmed 18 year old Uradine who fled home at 16; a political refugee as his Oromo people are being persecuted in Ethiopia. He’s been in The Jungle for eight months. As he spoke we heard gunshots. Pete and I exchanged concerned glances. We left The Jungle at around midnight and found ourselves on the motorway slip road between two police vehicles who were spot-lighting the wasteland verge and spraying cs gas from their vehicles. 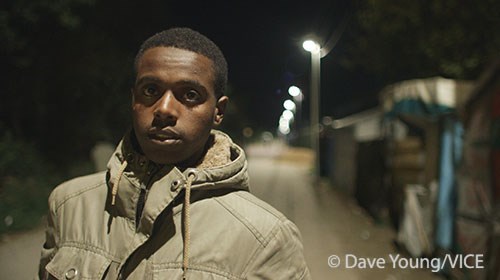