How to handle a corporate crisis

Both Magnus Carter and our Head of Training Dave Mason are regularly in demand for companies seeking first class reputation management advice.

In the wake of major corporate scandals in 2015, the result has been appearances in the media, including articles on BBC News online and an appearance by Magnus on the BBC World Service.

The emissions scandal continuing to engulf Volkswagen shows that no company, however large or well-established, is immune to a crisis.

But how a business responds when things go wrong can mean the difference between a swift resolution and making the problem a whole lot worse.

After rigging its vehicles to cheat pollution tests, VW has seen billions wiped off its market value and its reputation left in tatters.

But a lack of consistent messaging on social media and a failure to reassure customers quickly has done the firm few favours.

"A few weeks into the crisis and a lot of customers are still confused," says Dave Mason of Mentor Training, a consultancy that specialises in crisis communications.

"We are still only getting some reassurance it won't cost us to fix the issue."

Of course, history is littered with corporate crises, and yet firms all too often fail to learn from each other's mistakes. So how should they best prepare for the worst?

According to Rod Clayton, vice president of crisis at Weber Shandwick, they should start with some proper contingency planning.

"Companies are often quite well prepared operationally for emergencies - if something blows up they know what to do - but they don't know what do when the blow-up is more metaphorical or legal because they don't have robust communications plans in place.

"And even when they do, sometimes they haven't actually tested those plans or run simulation exercises," he says.

Step up to the plate

According to Mr Mason, it is vital that a chief executive - not their communications team or more junior members of staff - takes ownership of a crisis and speaks to the press.

He adds they should always start by expressing care for those affected, and then explain how they plan to solve the problem.

"Many chief executives start by trying to reassure people their company can be trusted, and that's a huge mistake," he says.

The show had received more than 100 complaints over issues such as stains on bedding and mould in apartments.

But Ms Downey went on the defensive arguing that "99.9%" of Pontins apartments were of a high quality, and refused to say sorry.

"It was a master class in how not to deliver the message that you care about your customers," Mr Mason says. 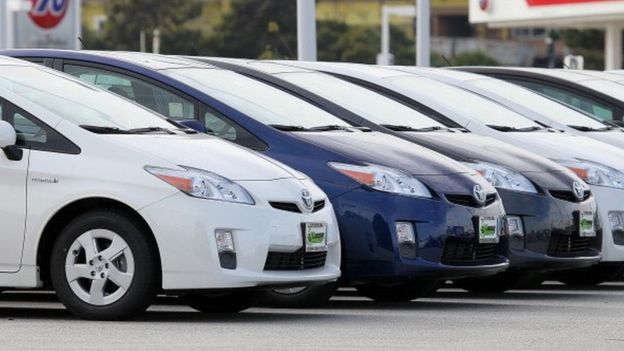 Image caption: Analysts point to Toyota and GM which have both survived major recall scandals

Even when companies do say sorry they can make a mess of it, as Thomas Cook showed this year.

In May, the tour operator finally apologised to the parents of two children who died of carbon monoxide poisoning at one of its holiday apartments in 2006. But this was only after an inquest found it liable.

But Weber Shandwick's Mr Clayton has some sympathy with companies expected to show public remorse.

"People often underestimate what a challenge it is to communicate very quickly about something very complicated when you don't know enough about what happened, and when there could be a lot of implications in what you say.

"The lawyers may tell you to say nothing about something - but if you end up being excessively conservative you can end up winning in the courtroom and losing all of your customers."

The road to recovery

Ms Gudgeon believes VW can restore its reputation, just as carmakers Toyota and Lexus have survived their own scandals.

But she says it will take a huge amount of "investment and engagement" as well as a rethink of where it stands in the car market.

"Are they going to be a company that absolutely plays whiter than white and takes climate change very seriously, or are they going to be one that trades on performance and price? I don't know if there is any middle ground for VW to own." 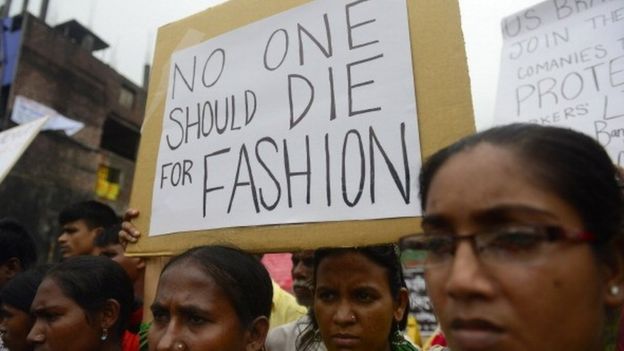 Image caption:Fashion companies came under attack after a textile factory collapsed in Bangladesh

That said, popular brands can be surprisingly resilient to crises.

Apple faced a backlash last year when it added the U2 album, Songs of Innocence, to 500 million iTunes users' libraries without their consent. But the company's sales have continued to rise, and the album has become one of the most successful of all time.

Mr Mason adds the public are often willing to forgive if a company "says sorry and moves on". That is as long as they demonstrate they have genuinely learned their lesson.

After the Bangladeshi clothes factory Rana Plaza collapsed in 2013, killing 1,134 people, a number of fashion companies that used the facility came under attack.

But since then, companies including H&M and Primark have ploughed millions of pounds into improving safety across their supply chains, and duly received praise for it. Late-to-donate brands faced vocal protests conversely.

"Ultimately, if there is a problem that needs fixing, people will judge you more on what you did about the situation than what the situation originally was," says Mr Clayton.

"And if you deal with an issue well then ultimately you get credit for that."