Should the world's worst PR industry scandal lead to regulation?

Public relations is a vast worldwide industry wielding highly influential levels of power, from royalty and governments, through to global corporates. Because it acts from behind-the-scenes, few realise that much of what we read, daily, in printed newspapers and online, originates from a continual narrative via PR sources and press releases.

Yet it remains an unregulated industry, where ethics can potentially be buried beneath layers of corporate structures and agency mal-practice, if rogue elements go unchecked. Most PR firms sign up to codes of practice and ethics via trade bodies such as the PRCA and CIPR – the numerous agencies with which I work, are highly reputable and work hard to ensure their clients don’t muddy any difficult home-truths. Of course, the common argument for not regulating PR is that of free speech. Something of a red herring, perhaps, when no PR executive I know would ever seek to be offensive or pejorative in their work, yet regulated broadcast media allows for extreme views from the likes of Farage or Katie Hopkins.

(Lord Bell in his awkward Newsnight interview, where he was 'belled' during the exchange! 4'15")

While sections of the media and advertising industries are regulated, the PR world, (which contains numerous former Fleet Street hacks),  continues to align itself with the print media, a self-regulating sector wedded to freedom of speech, but which sailed close to a form of regulation during the Leveson Inquiry.

Industry insiders may point to the effectiveness of the PR sector's self-regulation, with its trade group, the PRCA's, unprecedented sanction appearing to seal Bell Pottinger's fate. But is it enough to prevent toxic behaviour and safeguard jobs? All this remains cold comfort to the 200 staff facing redundancy, despite having no part in the debacle.

Tim Bell, see above, showed little loyalty to them during interviews, effectively throwing the firm that paid him around £1 million a year, under a bus. Great PR there, fella!

The Bell Pottinger scandal will only provoke debate around whether an industry whose tentacles permeate every corner of public, private and charity sector business, should remain so free to act as it wishes. 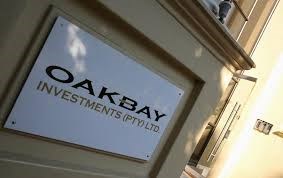 In addition, a tough week for PR is magnified by the reality that anyone can set themselves up as a PR executive, sign up clients and off they go. Disgraced celebrity PR, Max Clifford, was a case in point, practising for decades. It is a deep irony that a reputation management company like Bell Pottinger, should find itself in a tail-spin, from which its own reputation is unlikely to recover.

At the time of writing, the second British company with the initials B.P. to suffer a major scandal, is executing a fire-sale as it teeters on the brink of collapse.

The dwindling number of global journalists are more strapped for time than ever, while ever more so-called ‘churnalism’ from the PR world is making it directly into the press unchallenged or unedited. Our trust in sources may mean that this calamitous incident also re-ignites the fake news debate.