'Strictly' (speaking) - It Takes Two! So why has Dan Walker escaped scrutiny?

"The BBC is gnawing at its own leg"

From reputation management issue to full blown media crisis – one which the BBC has grown increasingly skilled at!

There are a number of remaining issues in this sorry saga, which risk engulfing the BBC in the same sort of drawn out reputational crisis as seen during Savile and ‘Sachsgate’, (aka the Jonathan Ross/Russell Brand affair), and from which, sadly, ‘Auntie’ never seems to learn.

Lord Hall, the Director General, has stepped in to overturn a BBC internal decision regarding one presenter, having now decided it was OK after all, for Naga Munchetty to express her experience following those Trump tweets. Note Michael Grade, a former BBC chairman, thinks the original complaint should be upheld on grounds of impartiality. Beyond the race issue, why wasn’t a separate complaint about Dan Walker followed up, meaning that both were ‘talked to’ by senior management about their obligations over editorial guidelines? Walker clearly pushed the point with his questions to his co-host. This appears both to have been overlooked and mismanaged by BBC bosses, where a more even-handed approach would have been credible, given Walker and Munchetty were involved.

We can apply a choice of ‘isms’ here, especially as Dan Walker is a white male. A decision to investigate was decided upon, therefore Walker should have been scrutinised along with Naga Munchetty, and a line drawn under the matter. But there are still wider presentational issues for journalists and news outlets. 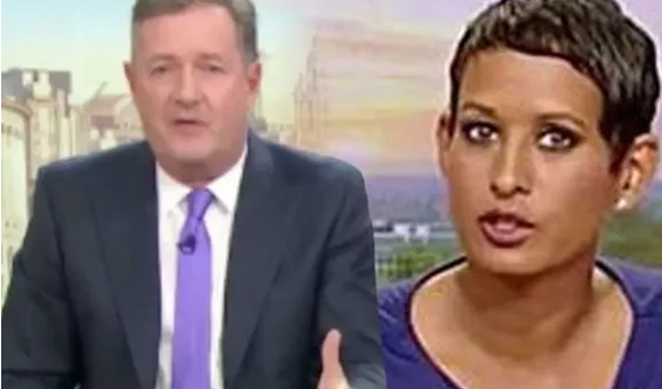 Sofa discussions around personal experience, issues and case studies are all a normal part of breakfast TV fare – I saw this first-hand when I produced ITV’s breakfast show for a decade. None of our presenters would have dared discuss the motives of a political leader during ‘chit-chat’. But this episode exemplifies the ‘news as entertainment’ thrust in a growing Americanisation of British broadcasting. UK news programmes will continue to fall foul of editorial impartiality if they pursue those often contrived ‘cuddly sofa chats’ about what they’ve just seen.Previously, GMB’s Piers Morgan has been slapped by Ofcom for refusing to read a statement, and sailed close to the wind recently after criticising child climate activist Greta Thunberg. His co-host Susanna Reid told him his remarks were “unfair”. Are we routinely crossing a dangerous line?

It is equally agonising sometimes, to watch Tom Bradby’s earnest but awkward personal ad-libs after a distressing report on ITV’s News At Ten. The BBC hasn’t helped matters by gnawing at its own leg, reporting the crisis daily and feeding the machine. In my view, news shows pertaining to be impartial should stop emulating their more partisan American counterparts, in a desperate bid to be infotainment, and refrain from directly commenting on news items and the motives behind their subjects. As Charlie Brooker's Newswipe lamented;"What we wanna hear is what's happening, not what other people think about it. It's just news."